Why Am I Anxious When I Should Be Happy? 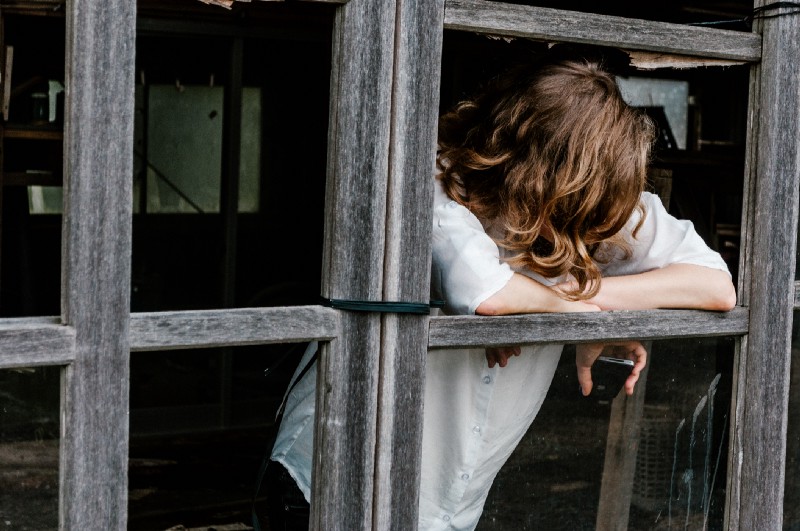 This story takes place two years ago at a kitchen table in a bougie little AirBnB above the streets of Strasbourg, France. It starts with a fresh steak salad and a bomb-ass baguette.

As I crunched into that delicious salad, staring out the 2nd-floor window at the hustle-and-bustle below, I remember feeling happy and blessed…until I didn’t. A sliver of anxiety crept from the corner of my mind into the forefront, and a bunch of crummy feelings suddenly clouded my tranquil thoughts.

It’s a little ball of darkness that sits off to the side. Always there. Always looming. Always waiting for attention. And sometimes, demanding it.

It wants you to know of its presence — of its never-ending existence in your life — and it wants you to be afraid of it. So it plays tricks on you. When all is well in the world and you should be happy as a clam, it steps out from the corner and goes:

“Oh no, buddy. You can’t be happy. Think about all the STUFF you need to worry about. You don’t deserve happiness. You deserve ME.”

It expects you to get caught up in the rush of emotions. In the hundreds of thoughts and worries that swirl about your head. It wants you to feel anxious without actually knowing why you feel that way.

If you take the bait, anxiety gets the best of you, and it basks in the attention it craves.

If I had still been a younger, less adept soul, I’d have let that darkness consume me. I would’ve done exactly what it wanted me to — get lost in my own head and the onslaught of negative thoughts.

I would’ve kicked and fought and screamed, doing absolutely everything in my power to resist those anxious feelings until eventually, they became all I could think about. My spiral from happiness into a much darker place would’ve been complete. My anxiety would’ve won.

But on that glorious day in Strasbourg, France, that’s not what happened to me.

You see, there’s a reason why anxiety wants you to get caught up in the harrowing fanfare of it all — it doesn’t want you to hone in on the details. It thrives on you being unable to focus.

Having spent many years letting anxiety kick my ass, I knew this. So as I sat there at the kitchen table, I realized what anxiety was trying to do. Instead of getting trapped in my head or shoving away the nervousness, I paused for a second to ask myself:

“Wait. Why am I feeling anxious?”

Then I did two things:

1. I let myself feel all of those unwanted feelings.

The fogginess, the on-edgeness, the nervous energy. Everything.

As I did this, I didn’t push anything away. I let them do their thing while I observed from the sideline. After all, they’re just feelings. And I should expect to feel them just as I would with their positive-feeling counterparts.

2. Then, I took a couple of minutes inside my head to actually dive into the various reasons for why I felt anxious.

I sat there and pulled the strings on those  thoughts. This time diving underneath the surface to investigate.

I found that one of the reasons I felt anxious was because I was worried I didn’t do enough work that day. Instead of letting that destroy my mood, I explored further.

Did anything HAVE to get done that day? No.

Could I have just focused up the next day and finished it? Yep.

But what if I got fired? Would I still have been OK? Yeah, because I would’ve found a way to survive like I always did.

So why was I letting it bother me so badly at that moment? Because that’s just what anxiety does.

Just like I had discovered hundreds of times before, my brain was playing tricks on me. After fully exploring my anxiety, it ended the same way it always did:

“There’s really no reason for me to worry about this right now. At all.”

That’s just what your brain does

Those anxious thoughts and feelings are a bunch of stupid fabrications from the dark corner of your brain. And it only does this to you because that’s what it does.

It thinks. Generates thoughts. Good, bad, and everything in-between.

Sooner or later you need to learn how to deal with them because you will be tested.

Anxiety is always with you. It’s with all of us.

I’ve realized that no matter what I do or how healthy I live, my anxiety is always with me, and it always will be. But the difference at that dinner table compared to my darker times was that I had learned how to live harmoniously with my anxiety.

I knew that, sometimes, I just had to let it do its thing, and so long as it didn’t consume me, I’d win.

After taking another juicy bite into a piece of steak, I realized that I had finally mastered my anxiety.

Every Monday, I send out my On Cloud Nine newsletter with similar information geared towards improving your life, increasing your worth, and making you happier. The intent is to provide something in your inbox that you actually look forward to each week. I also send updates on latest articles, book notes, and curated content.
← Back to all posts