7 Bulletproof Ways to Get Yourself Out of a Funk

By
Jason Gutierrez
in
Motivation 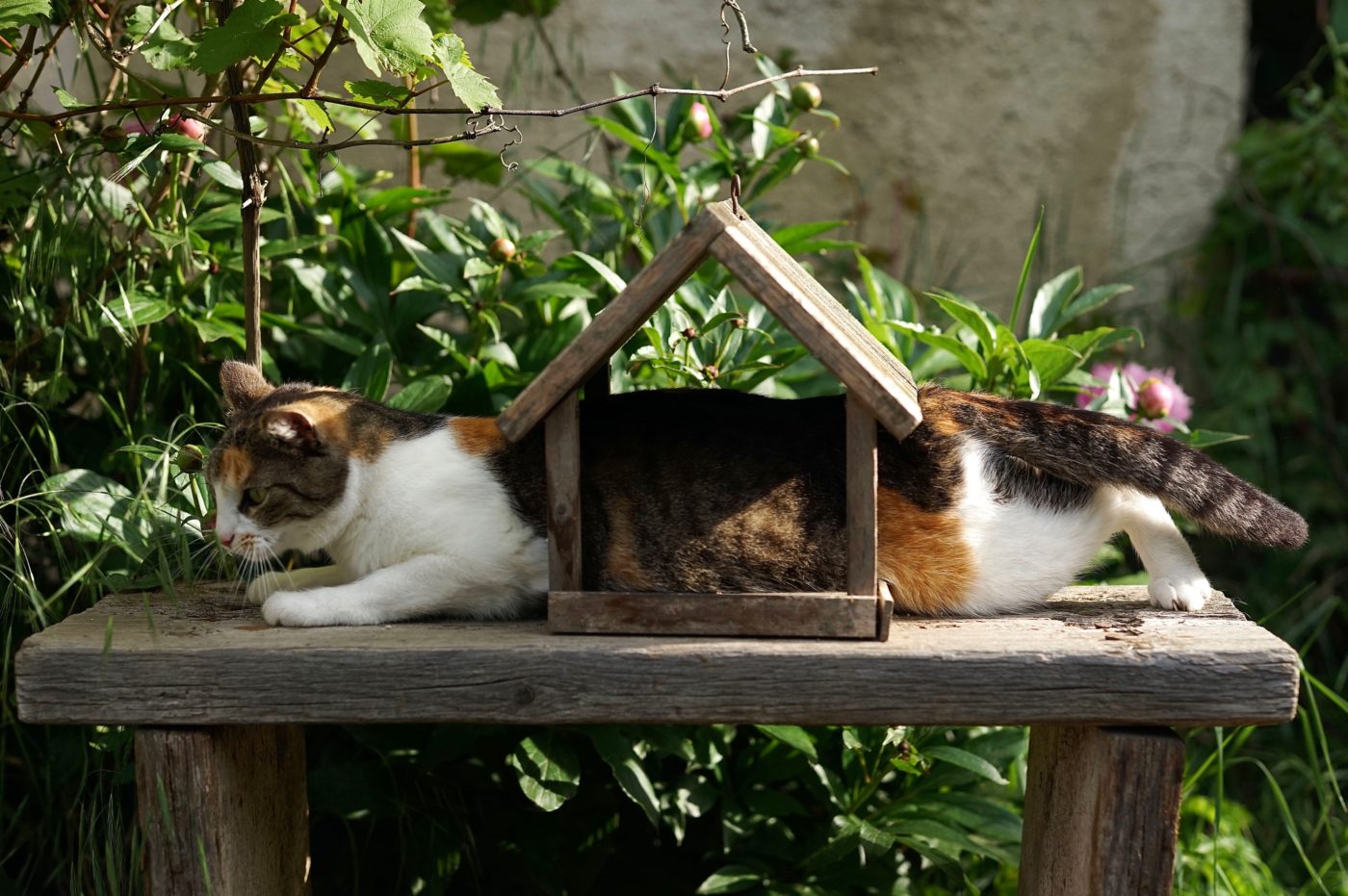 We all have problems. Usually, we overcome them and move on. Other times though it can feel like we’re spinning our wheels, as if we’re stuck replaying the same tragedies over and over.

This is what society calls “being in a rut”, which partially comes from the word for depressions or grooves in a worn road. Also known as “stuck”, “in a funk”, or in baseball terms — “in a slump”.

No worries though. I’m here to show you how to get yourself out of a funk with you a few ways that always work for me.

So whether you’ve been dumped, bombed a test, choked in the big moment, or just banged your shin off the coffee table again, here are 7 things you can try to get unstuck and escape your rut.

If you’re in a funk, that usually means you’re stuck in a repeating pattern of shitty or very mediocre circumstances. You might not realize it, but this could be because you’ve neglected your own self and well-being in favor of supporting others around you.

Here’s something crazy that you might want to try: focus on yourself.

Some people don’t like to focus on themselves because they feel like they’re being selfish. Well, guess what?

It’s PERFECTLY OK to be selfish!

In fact, I’d argue that it’s far better for you to be selfish than to constantly try to please others. Being selfish by taking care of yourself, your health, and putting your needs first means that…

…which hardly seems selfish at all.

This tip is true with love especially. Far too often people throw their happiness into the arms of someone else, relying on their companionship and happiness to in-turn make themselves feel worthy and happy.

Then, when they are inevitably disappointed — be it dumped, cheated on, let down majorly, or something far less tragic — they’re left feeling empty, miserable, and resentful.

The point is, if you’re in a rut, try paying some more attention to yourself and see if that works. Chances are you’ve been too busy wrapped up in everyone else’s problems to have the capacity to solve your own.

Funks are often accompanied by varying levels of stress and anxiety, at least that’s certainly been the case for me. These mental ailments can inhibit thinking, cloud judgment, and make it difficult to feel motivated to want to do anything.

The trouble is that getting up and exercising is precisely the prescription you need to kick your stress and anxiety while stirring up enough energy for you to get back into the swing of things.

Exercise is what’s known as a keystone habit, which means if done, it opens up your mind to want to do more positive things. The simple act of exercising creates a cascading effect into other areas of your life.

If that’s not a good enough reason, then here are a few more:

1. Exercise can make you stronger so that physically you can do things you couldn’t do before

Aka you can finally get out of your own way.

2. It can make you better looking…

…which can help in talking to potential partners, feeling more confident on dates, nailing the interview, and all sorts of other perks. As awkward and ethically troubling as it is to say, the world we live in tends to be easier for people who are better looking.

3. You’ll feel happier thanks to the surge of feel-good chemicals into your bloodstream.

Perhaps this happiness will be enough to bust out of your rut.

4. Exercise could help spark a once in a lifetime opportunity.

Often times your world is changed by one small interaction:

If exercise isn’t really new to you, or if you’re not quite feeling up to the task, perhaps you’ll find some benefit in picking up a new hobby or doing something out of the ordinary.

This could be archery, brewing your own kombucha, making your own bone broth (all things I’ve done in the past), or it could be going to a wine and paint night with the girls (or boys — who am I to be gender insensitive?).

Trying something new can activate areas of your brain you might not have had to use before. It can also give you plenty of things to talk about at parties or with coworkers at lunch. In short, doing new things could make you a super interesting person.

Planet Earth is the largest playground there is. There’s so much fun stuff out there you might be missing out on. More importantly, it could be just what you need to “unstuck” yourself.

4. Sink Your Teeth into a Personal Project

For those of you who don’t know, my wife and I recently split. When things started going downhill, I thankfully poured my angry, heartbroken energy into my writing and my website.

Now I’ve got a budding business and a platform to build on for years to come. I’m excited to come home from work and continue “working” on my personal project.

You obviously don’t need to get divorced to sink your teeth into a personal project — simply being in a rut might be the only situation you need.

The whole concept here kind of gets back to trying something new. A personal project can give you new ways of thinking about things, open yourself up to meeting new people and new opportunities, and it can add just enough spiciness into your life to mix things up a bit.

Not an actual hike, since we already covered that in #2 above. What I mean here is to take a relaxing vacation or find somewhere you can explore for a little while.

You’ve probably been in a conversation with friends or family where everyone is talking about what they’d do if they won the lottery. It’s fun to think about all the fun stuff you could do with a near-limitless chunk of cash.

But not many people win the lottery, so it’s usually just fun to talk about, feel depressed for a minute when you don’t win, and then move on with life.

Now let’s talk about vacations or “breaks from life”.

It’s fun to talk about fucking off for a bit and ditching your boring day-to-day activities in lieu of some adventure. However, most people would tell you that it’s immature or irresponsible to actually do it. Especially if you do something “dumb” like quit your job.

Once again I’m here to make the counter-argument. I believe that everyone should quit their job at some point (in a somewhat “safe” way) in order to shake things up and learn how to deal.

A few years ago, I actually quit my cozy engineering job and was forced to live off my ever-depleting supply of savings. It was the dumbest thing I ever did. But it was also the period in my life when I learned and grew the most.

I was definitely in a rut before I did it, but afterward I certainly was not. My life suddenly became a lot more exciting, to say the least.

All this ranting is meant to tell you that it’s perfectly OK to want to escape for a bit and actually do it. This can be a very powerful way to grow and change your life. Chances are you might not have to quit your job and could just take a week-or-two-long vacation, which could be enough to do the trick.

But should you do choose to quit your job and really shake things up, try not to completely ruin your life in doing so.

A lot of kids growing up participate in competitive sports or perform shows such as dancing, singing, or some sort of musical instrument.

A lot LESS adults do the same.

Part of being human is having some sort of competitive drive or a means to showcase your talent, but it’s likely that you’re missing out on these things because of, you know, life.

There’s definitely nothing like a little friendly competition, either an obstacle race among friends or something like basketball at the local gym, to spark an inner fire that perhaps you’ve lost.

Just try not to lose any friends when you go all savage n'at.

7. Work on Your Self-Awareness

Last but not least, this one is most likely to help you break out of your current rut and any future ones you might find yourself in.

More often than not, you’re the one ultimately responsible for being in whatever situation you’re in. No matter how much you try to blame someone or something else, deep down you know it’s you who has to take responsibility.

The problem is you don’t always realize what it is that got you here, or what you need to do to get out. There are simply too many inputs that you’re bombarded with on a daily basis.

That’s where building your self-awareness muscle, through a mindful meditation practice, can help you to filter out the unimportant and focus only on what matters.

If there’s one thing I’ve learned in my life that’s helped me to grow and get unstuck the most, it’s undoubtedly been self-awareness.

And right now I’m frighteningly self-aware that this article has become far longer than I expected. However, hopefully you’ve gained some insight on what you could try to bust out of your funk.

I’m rooting for you.

Each week, I send out an email with five short thoughts that might radically improve your life (at least that's what my mother says). Join a few other thousand readers around the world.